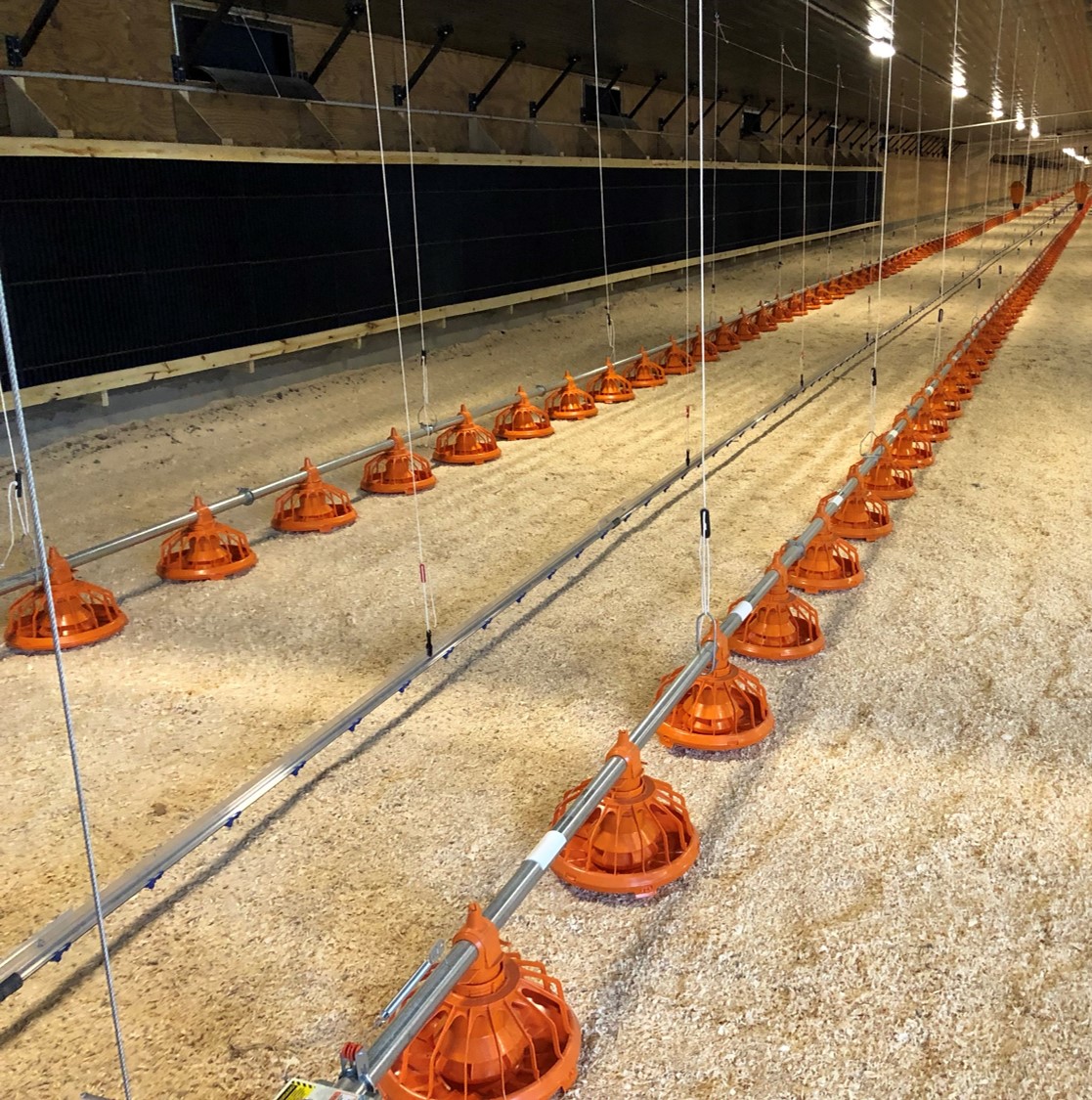 Aerosols in livestock production, including particulate matter, pathogens, microbes (i.e., endotoxins), and viruses are important to livestock health, disease transmission, worker health, and overall cost of production. As particulate matter (PM) is composed of organic substances, it can absorb and contain gases, microorganisms, viruses, and other agents that can enhance its biological activity and, therefore, increase the risk of health effects. A number of studies (Rimac et al. 2010; Viegas et al., 2013) have shown high prevalence rates of respiratory illnesses in animal farm workers due to particulate matter present in livestock air. In addition, an outbreak within a herd can have devastating economic impacts to the farm and to the industry as some of the bacteria and viruses found in livestock facilities can cause animal diseases (Sobsey et al., 2006). According to the estimates made by the George Morris Centre, the Porcine Reproductive and Respiratory Syndrome (PRRS) is costing a minimum of 130 million dollars per year to the Canadian swine industry (Mussell, 2010). Moreover, bacteria and viruses can be easily spread to other animals, as well as to human populations, during transport.

Reduction of particulate matter and microbes in livestock production is, therefore, paramount to livestock health and productivity and to the health of those who work in these environments. A number of remedial techniques to control these contaminants in livestock barns have been reported. These techniques include oil spraying, modifying feeds, litter amendment, and exhaust air treatment. There are, however, few technologies currently available on the market for air quality control. Among these remedial technologies, the electrostatic precipitation (ESP)-based technology has the potential to be a robust and economically viable technology to reduce airborne particulates and associated microbes and odour in animal buildings.

Electrostatic precipitators have been effectively used to remove fine particles in flue gases from industrial plants (e.g., power, cement, metal industries) for decades (Yan, 2008). Among the advantages of ESP are low pressure drop, high gas capacity, low energy demand, and high collection efficiency for fine particles (> 99%) (Brauer and Varma, 2012). Despite its desirable characteristics, its application in removing particulate matter, odour, and microbes in livestock facilities, as well as its impacts on animal productivity, has not yet been fully explored and investigated. Preliminary laboratory and field studies, however, have demonstrated that ESP is capable of effectively reducing dust, gases, and bacteria in livestock barns. Studies conducted in some poultry houses in the US have indicated that ESP-based technology was able to reduce airborne dust, bacteria, and NH3 in a small-scale broiler breeder house by 61%, 67%, and 56%, respectively (Mitchell et al., 2004); PM10 in a commercial layer barn by 47% (Lim et al., 2008); NH3, H2S, and TSP in broiler houses by 17%, 34%, and 39%, respectively (Jerez et al., 2013). A few studies conducted in Canada have shown 19% to 96% swine dust reductions [St. George and Feddes, 1995 (Alberta); Lau et al., 1996 (British Columbia); Tanaka and Zhang, 1996 (Saskatchewan)] and up to 50% poultry dust reductions [Kirkham, 2013 (British Columbia)]. The reported efficiencies show huge variability, which could be largely due to barn parameters (e.g., temperature and humidity) and PM characteristics (e.g., particle size, particle size distribution, electrical resistivity), which in turn are influenced by feed composition, management practices, housing systems, and local environmental conditions.

Although the efficacy of the technology has already been investigated in a number of studies, its application in livestock production is still limited to research stage. Its efficacy in removing microbes in poultry barns has not yet been fully investigated and needs additional studies as Bartlett et al. (2012) recommended. Detailed economic analyses such as those that look into energy savings from reduced power requirement during winter and productivity gains from improved air quality against both ESP installation and operating cost are still lacking. Moreover, remedy to the generation of ozone, which is a by-product from the ionization process, has not been considered in other previous related studies. Cambra-Lopez et al. (2009) detected formation of ozone from a commercially-available electrostatic particle ionization system installed in a pilot-scale broiler house during the first few days of rearing cycles. Although they have observed that the ozone have dissipated when ventilation rates were increased, elevated ozone levels could be an issue during low ventilation such as during winter. Thus, the proposed research aims to evaluate the strategies (e.g., material type and configuration of charging electrodes, voltage level) in minimizing ozone production [that would be optimized in the lab-scale tests funded by the Saskatchewan Health Research Foundation (SHRF)] in larger scales such as in commercial poultry houses. More importantly, from industry perspectives, the Chicken Farmers of Saskatchewan (CFS) is interested in applying new techniques, such as the ESP, to reduce dust and associated odour and microbes in poultry barns and has shown support in the  proof of concept project funded by SHRF and this proposed project.

In the context of microbial deactivation/elimination, the current methods used in livestock facilities, including animal transport trailers, are disinfection with oxidizing agents (e.g., chlorine, formaldehyde, hydrogen peroxide) (Manitoba Agriculture, 2017), fogging with organic acid (Stein et al., 2016), ultraviolet irradiation (Manyi-Loh et al., 2016), and air filtration systems (Dee et al., 2011). Recent improvement on the use of chemicals as disinfectant is the spraying of slightly acidic electrolysed water (Hao et al., 2013). However, drawbacks of these techniques are cost, odour, residual contamination, and toxicity. More recently, a chemical free nano-technology-based method has been reported for foodborne bacteria inactivation (Pyrgiotakis et al., 2012). In this technique, engineered water nanostructures (EWNS) are generated through electrospraying condensed water vapour recovered from room air (Pyrgiotakis et al., 2014). This technique has been found to be effective in inactivating bacteria due to the high electric charge per surface area at the nanoscale of the generated EWNS (Pyrgiotakis et al., 2015). This technique appears promising as a non-chemical method for microbial deactivation in livestock barns as water spray is also commonly used in these facilities for cooling animals and mitigating dust levels. Moreover, it has been found that continuous operation and steady generation of EWNS can be obtained at humidity between 40% and 60% (Pyrgiotakis et al., 2012), which is ideal for livestock buildings where humidity is normally maintained between 45% and 75%. In addition, preliminary toxicological studies have shown that these water made nanostructures are toxicologically benign (Pyrgiotakis et al., 2014). However, this method has been tested only at lab-scales with foodborne bacteria and airborne transmitted pathogens. Thus, the proposed research aims to evaluate the effectiveness of this method in deactivating microorganisms prevalent in livestock buildings and transport trailers. 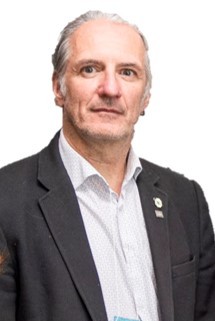 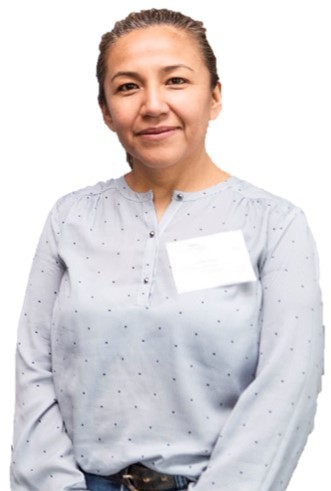 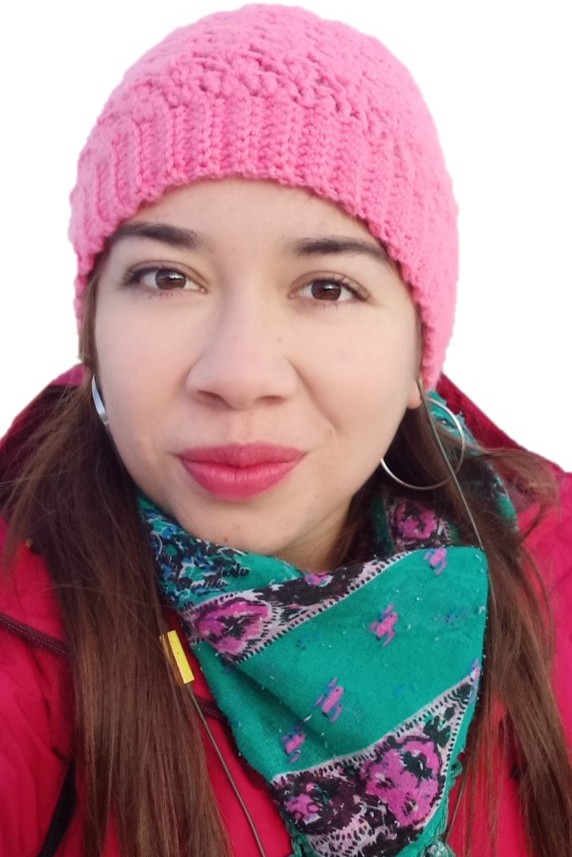